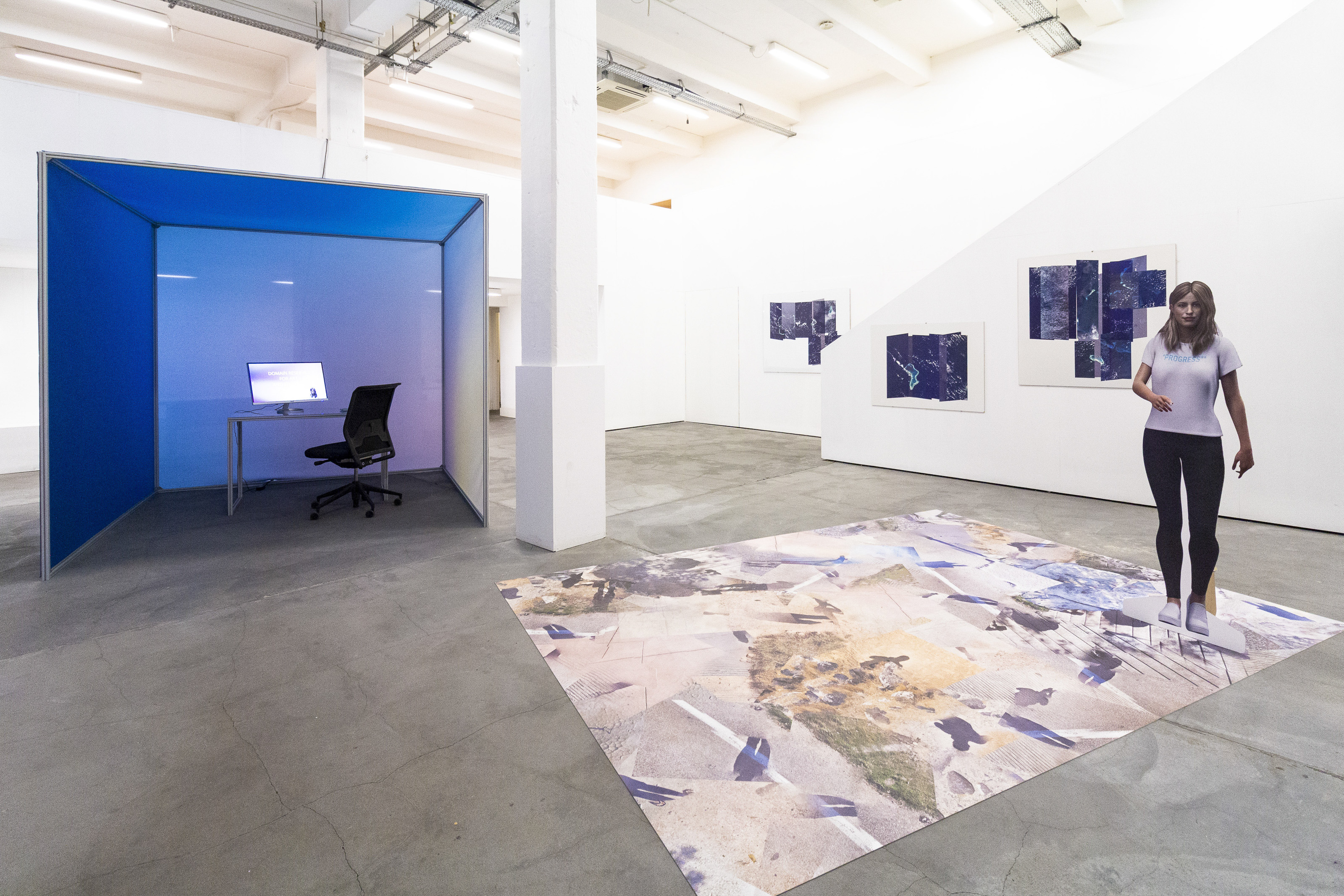 DOMAIN ALPHA features a combination of web-based works and installations exploring persistent echoes of imperialism (particularly American) ingrained in contemporary notions of digital frontiers free for the taking. The exhibition title plays on the startup convention of launching a ‘beta’ round of a product or platform: in this instance, the ‘DRAFTx.IO’ website created by the artist. Suspended in an interior window, two heated electric cattle brands glow like dark mirror-images of a neon sign: an ‘X’ and an ‘.IO’.

Two research-based projects spin off from explorations of these property-claiming assets. A booth at the core of the exhibition features the website: the Domain Reserve for Art and Frontier Thought (DRAFTx, alternately styled as ‘Draft, TX’). The platform presents a looping carousel of narrated ‘tours’ of Texas landscapes spliced together from Google Street Views. The narrator, a salesperson-avatar generated from the voice and likeness of the artist, speaks to the scenes behind her with scripts appropriated from destiny-commanding, horizon-striving men of American history and literature. In doing so, she assumes the role of Columbia, the traditional white female personification of ‘American Progress’ and the ‘frontier spirit’. The avatar faces away from the scene and out towards the viewer, altogether removed — in disposition and often words — from alternately mythic, contested, nationalistic and overlooked sites which she purports to represent.

Meanwhile, a parallel series of pieces expose and explore the contemporary US/UK imperialism embedded in the ‘.io’ top-level domain. An unassuming darling of the tech startup community for its ‘input/output’ associations, ‘.io’ is actually a country-code TLD representing the British Indian Ocean Territory. This highly restricted site in the Chagos Archipelago saw thousands of local Chagossians illegally evicted in the late 1960s to make way for a joint UK-US military base. Utilising satellite imagery and historical documents, the artist creates an alternative ‘sitemap’ of this territory on a series of whiteboards. 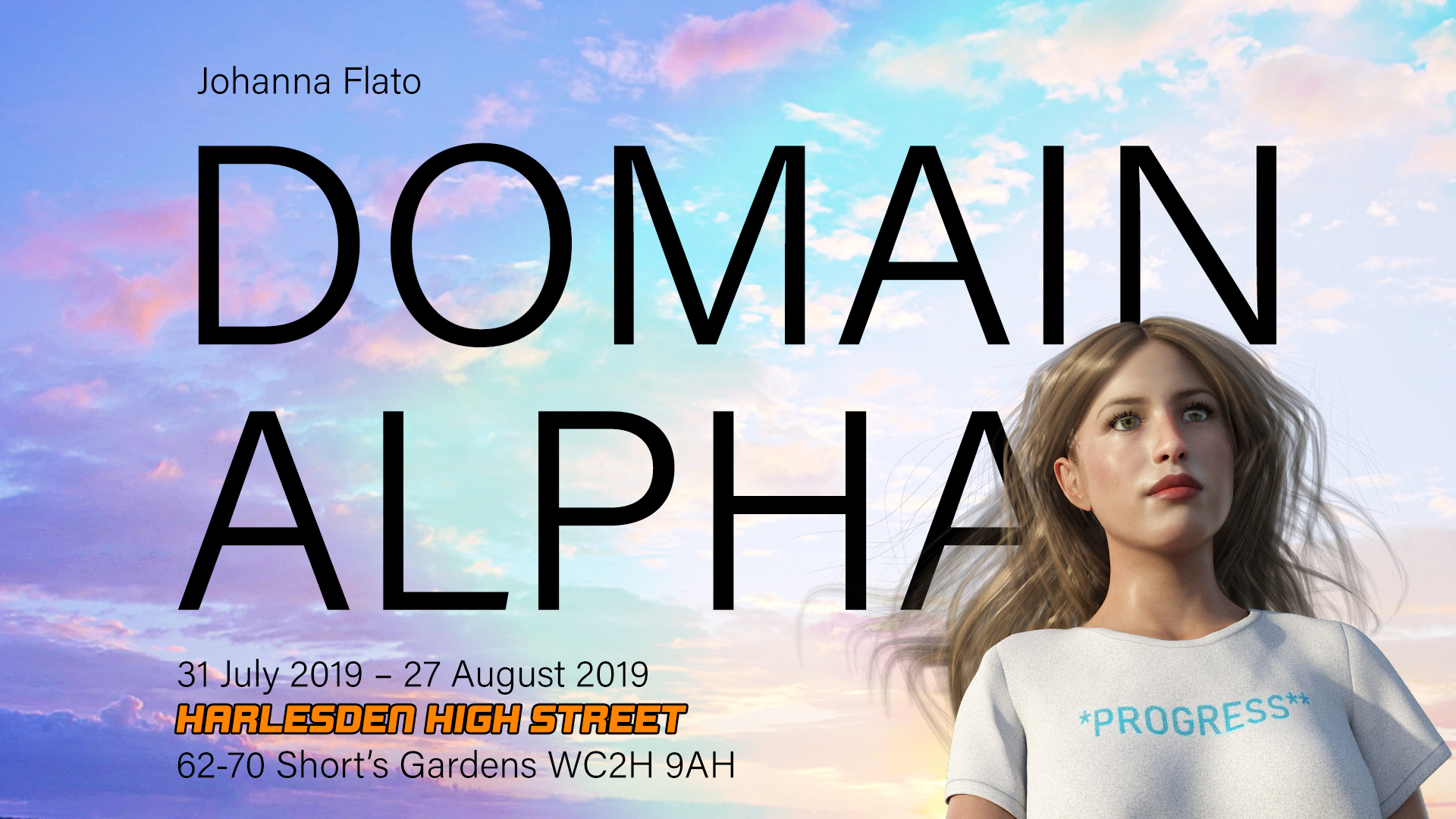 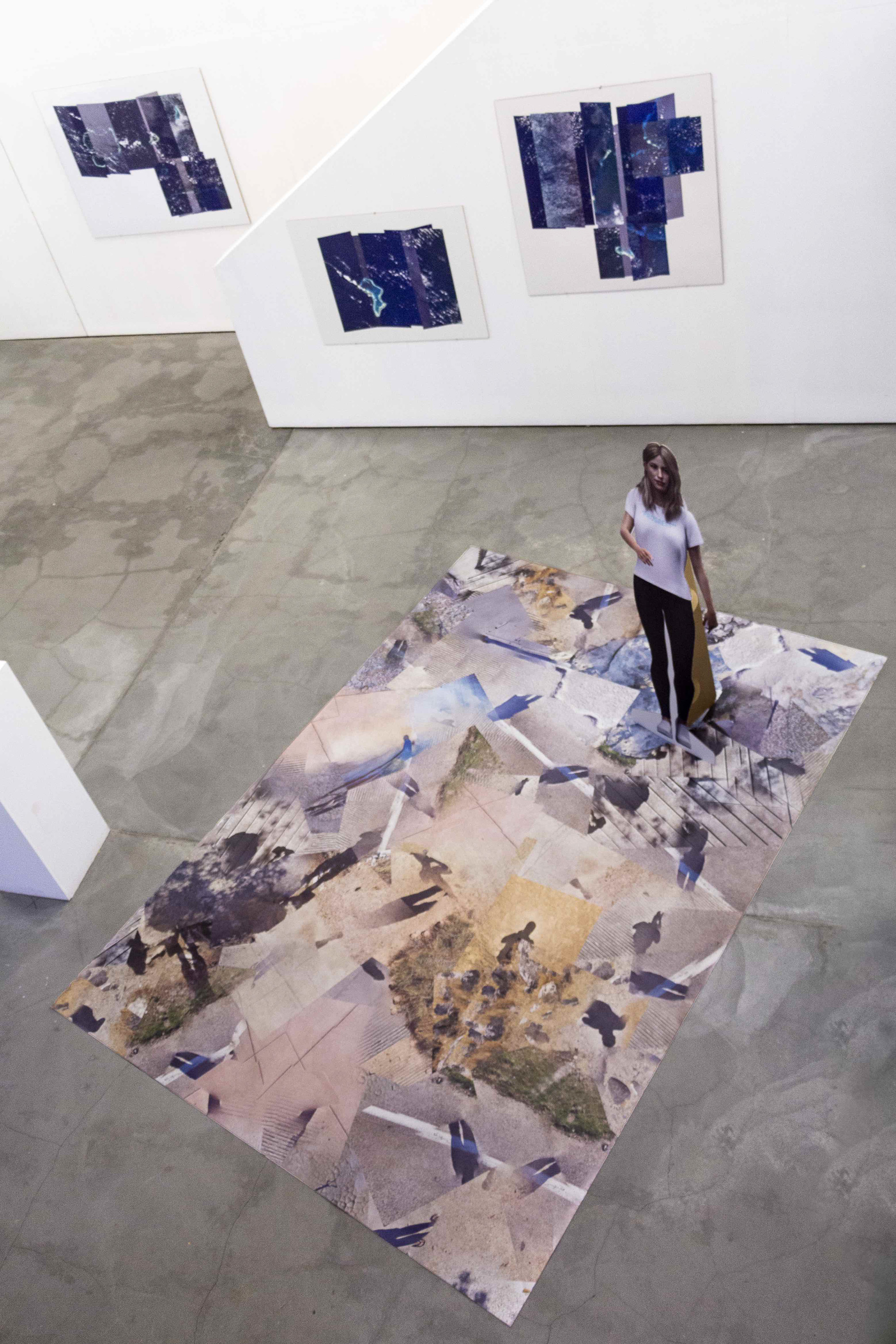 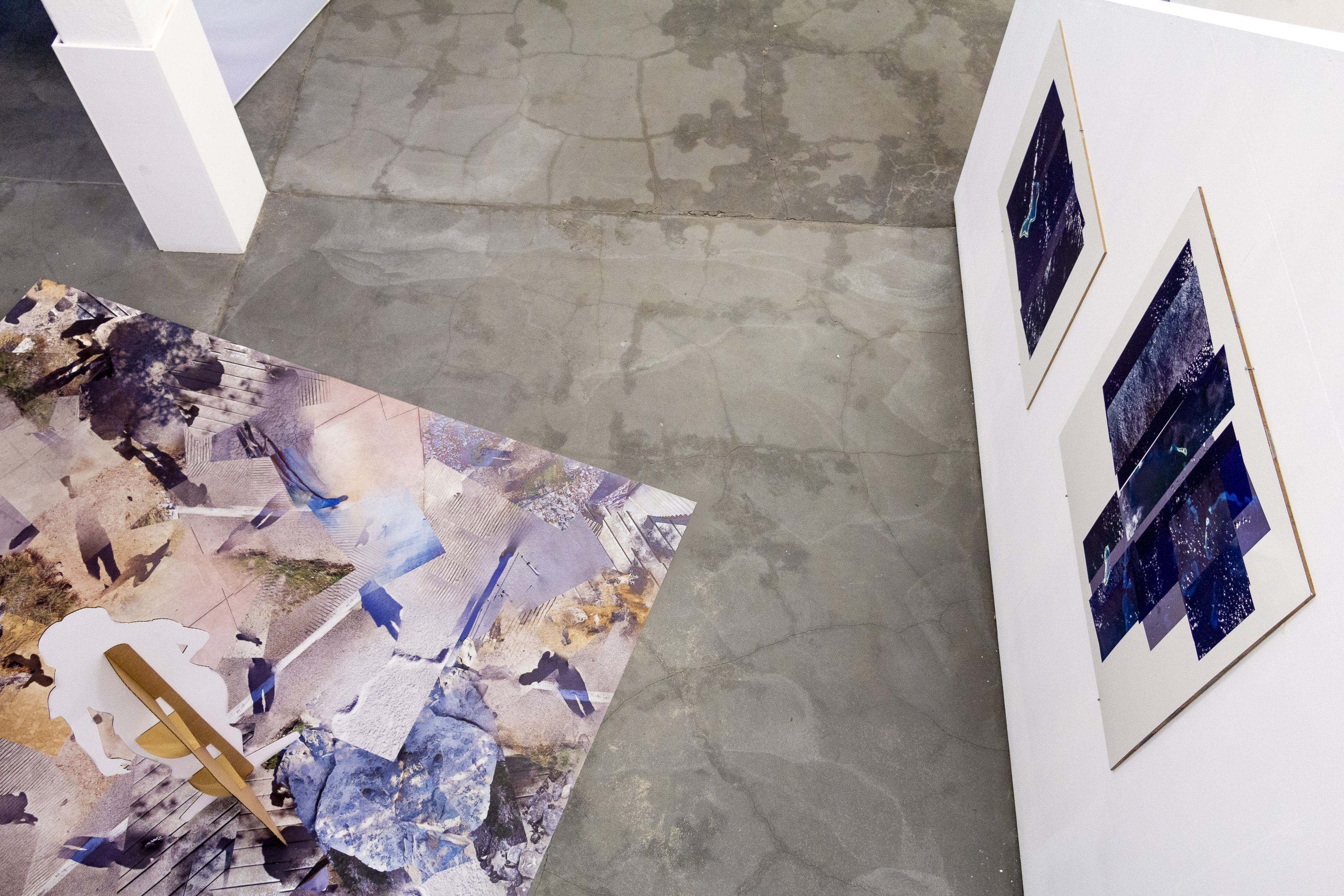 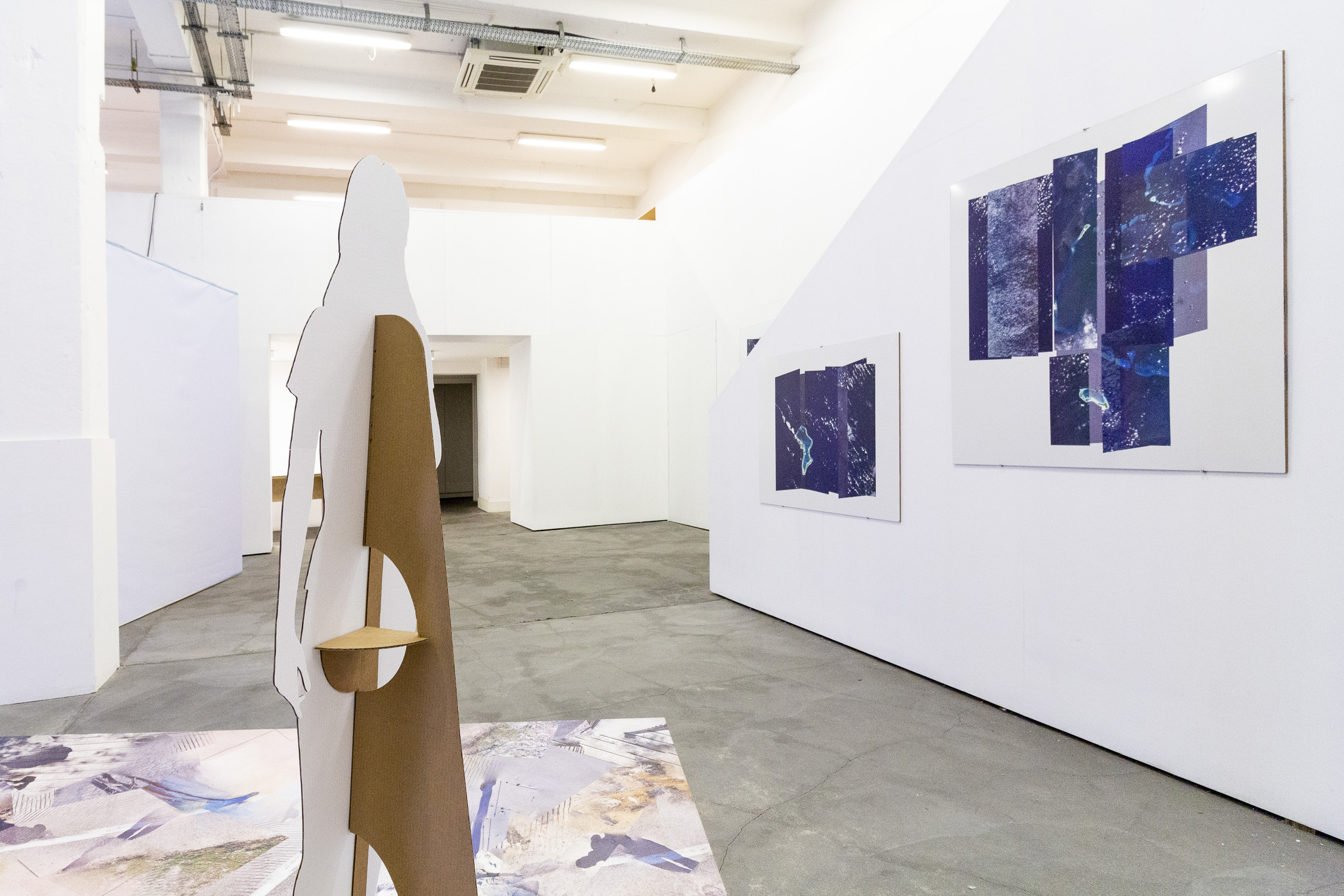 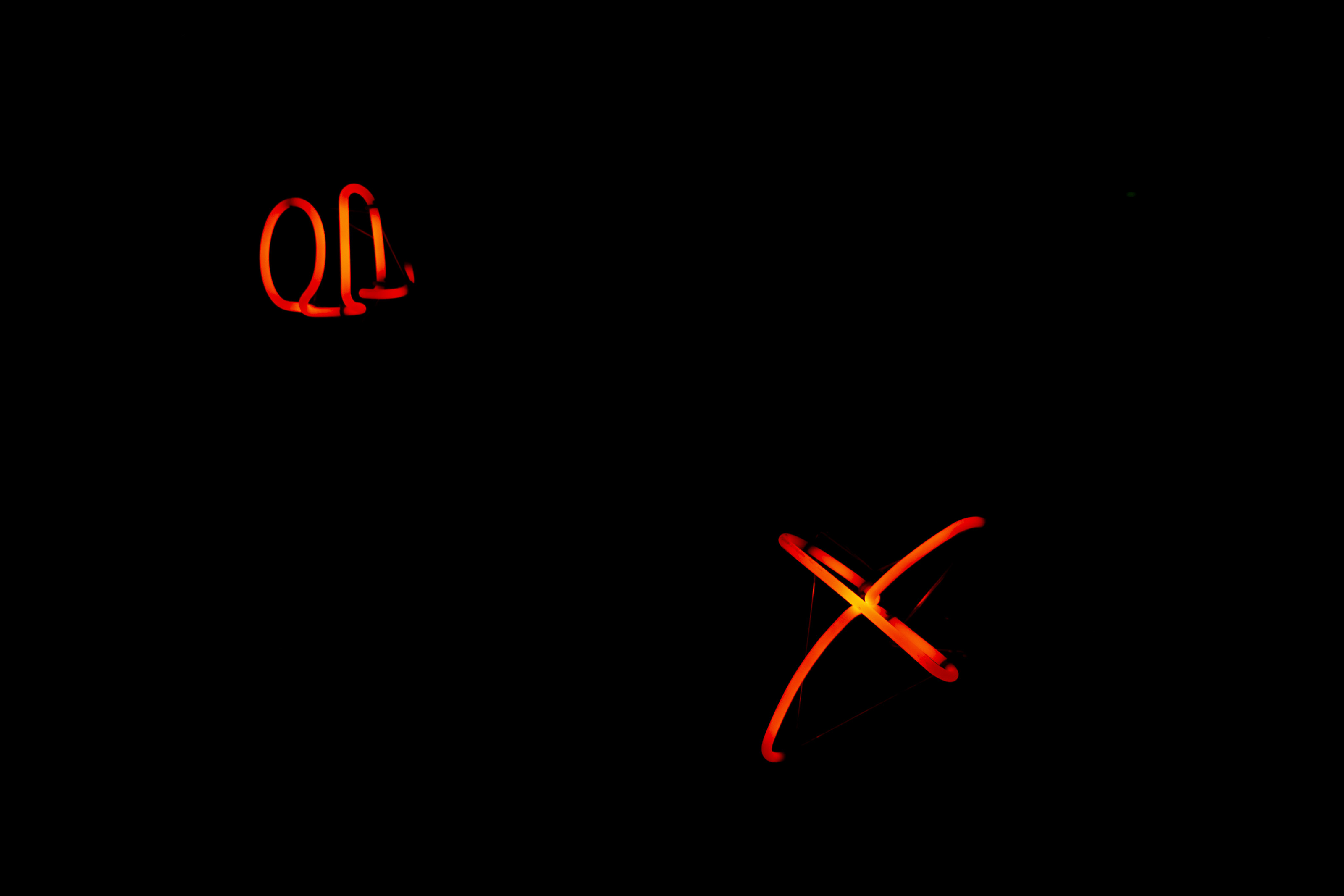 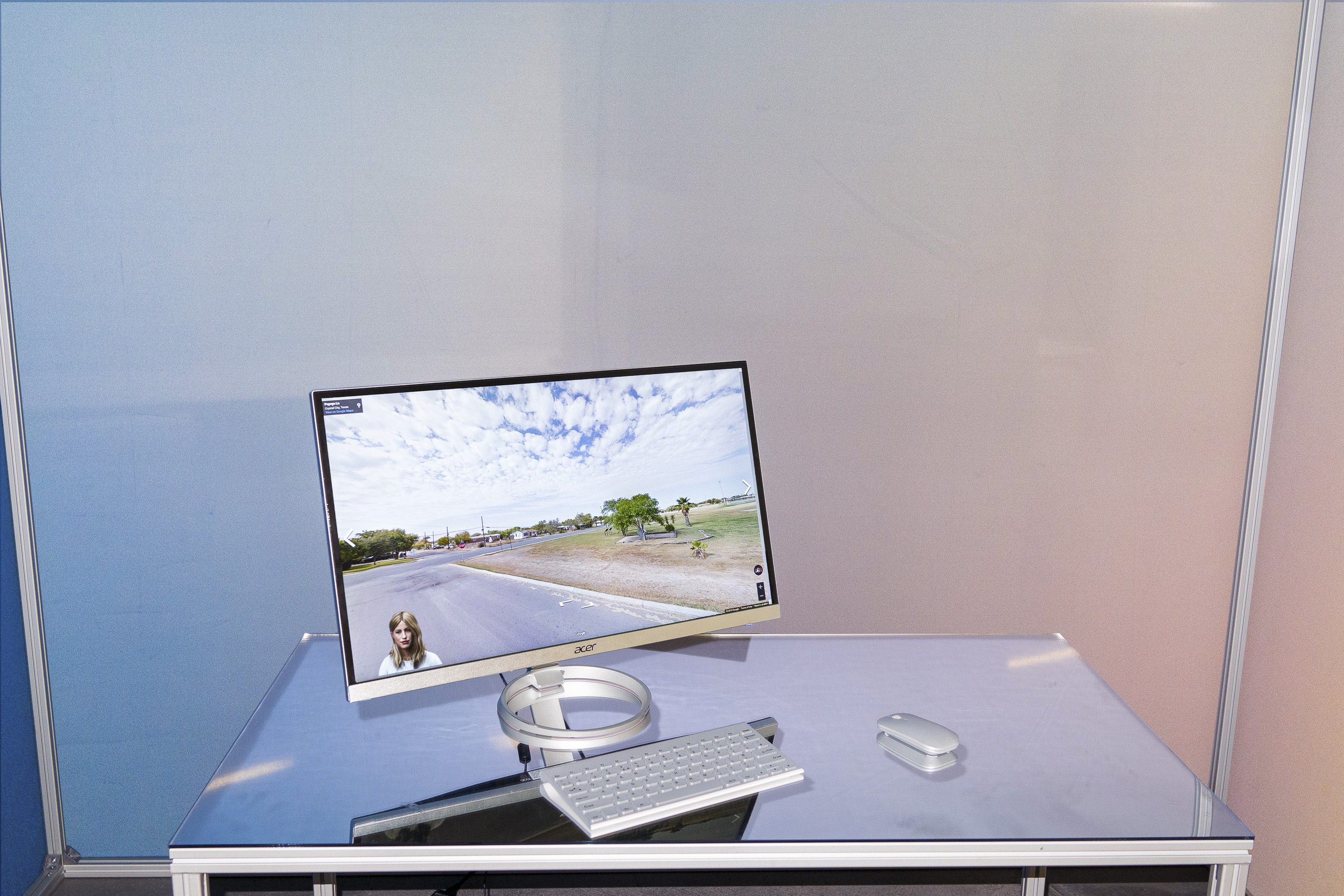 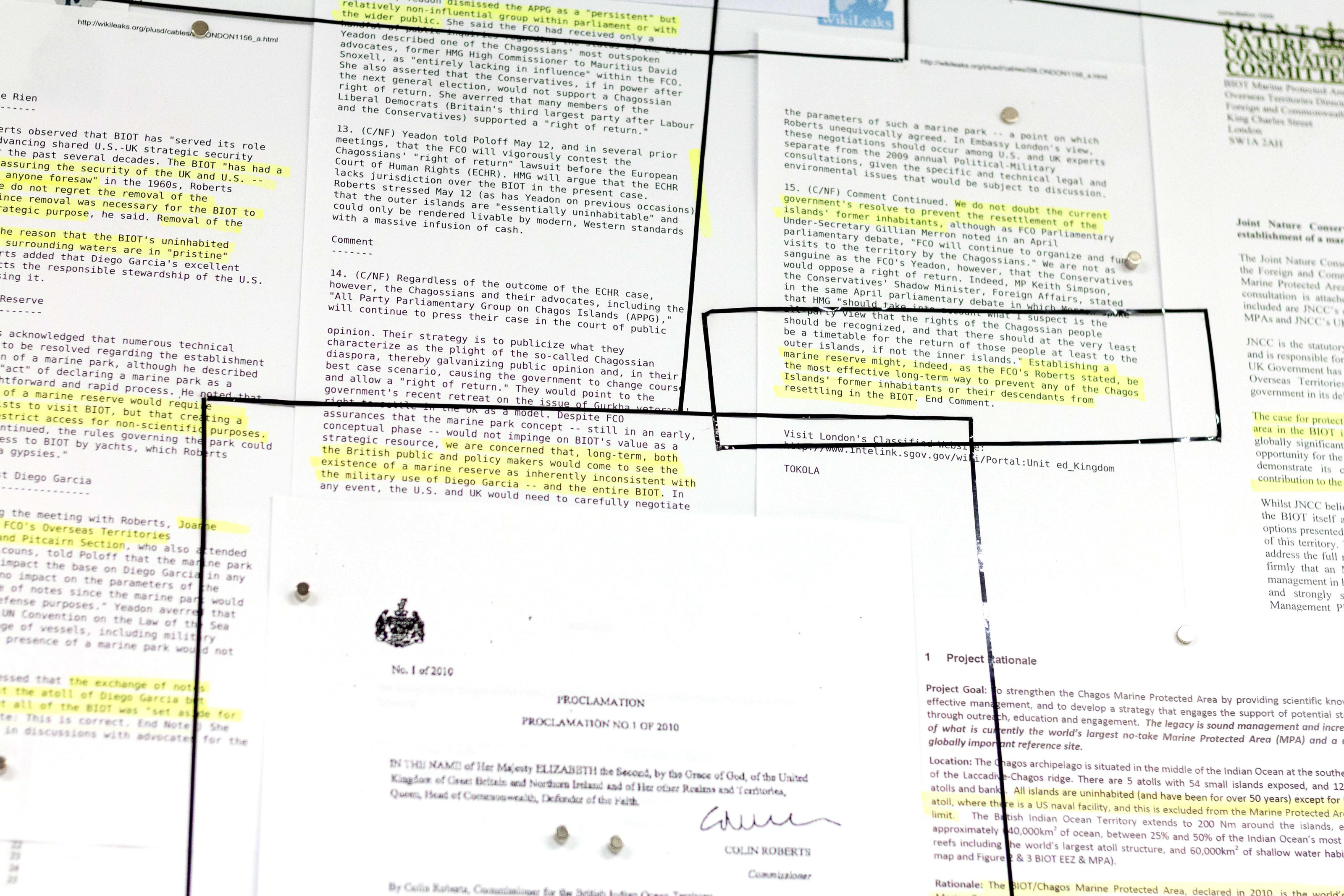 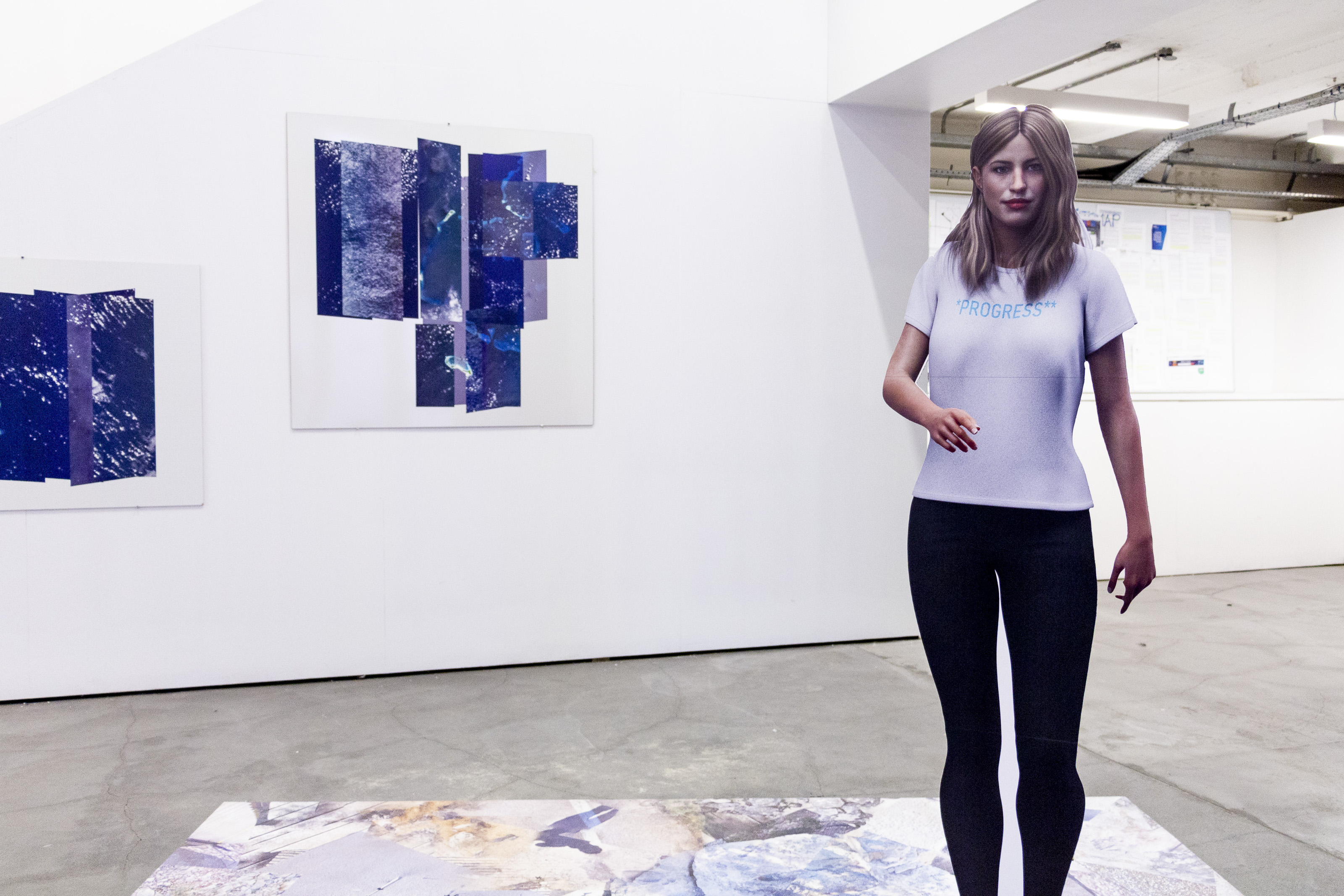 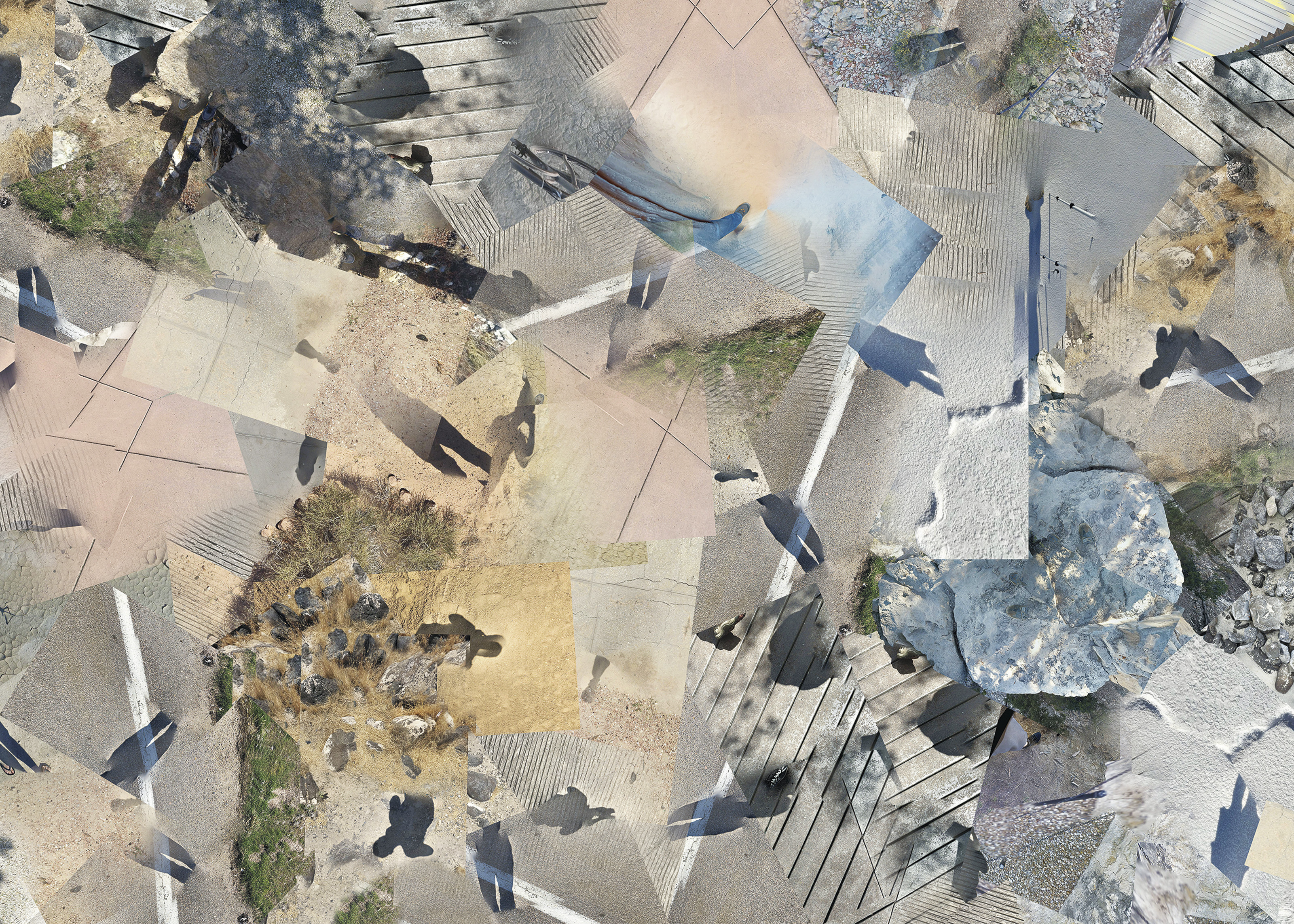