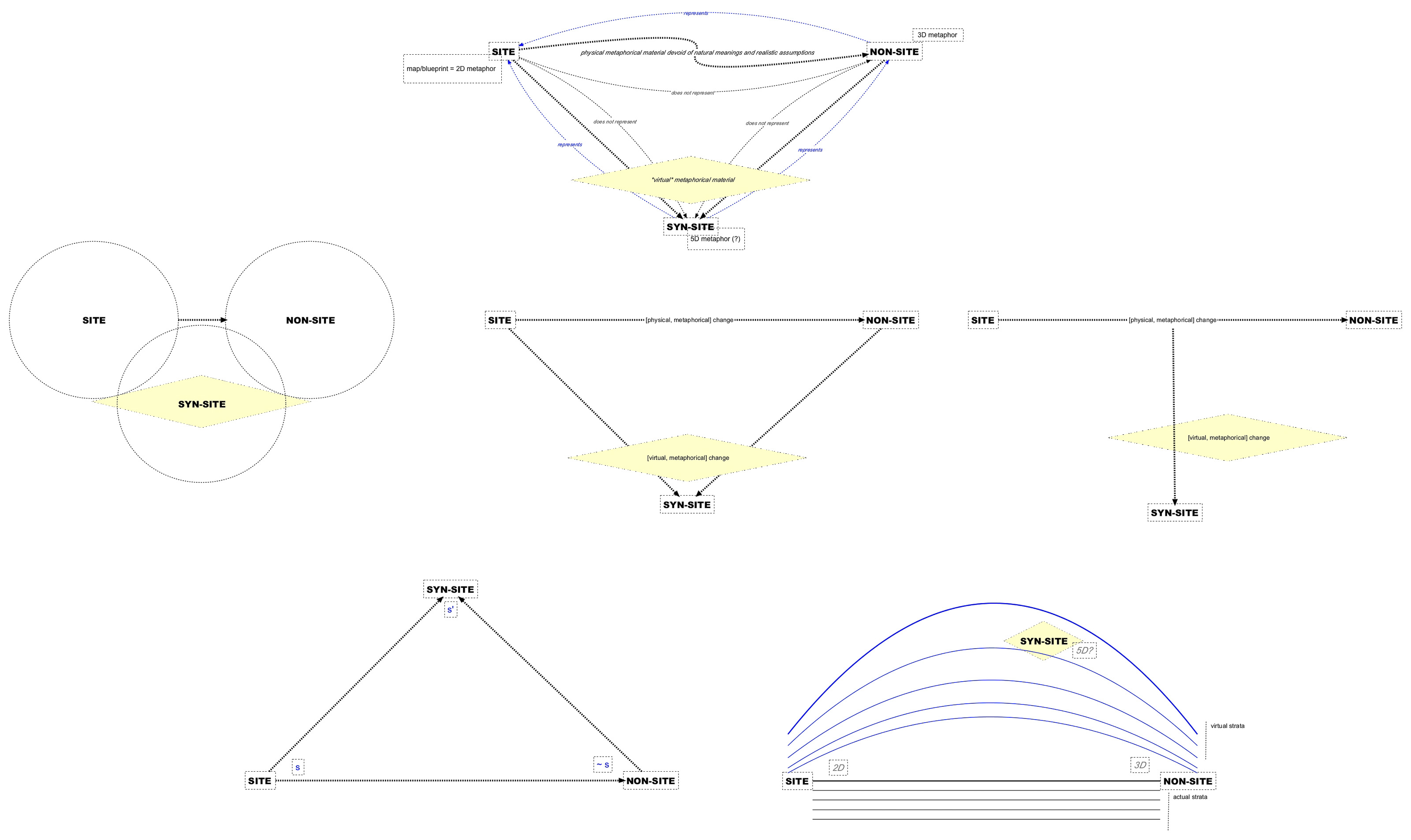 Johanna Flato frequently employs the neologism syn-site (2016) as a syntactical tool in the work she creates. Inspired by — but looking to update and interrogate — American land artist Robert Smithson’s dialectic of the site/non-site (1968), she coined this device to signify the notion of thick, entangled pluralities of contemporary site[s] that challenge what we often treat as an accepted, static “sense of place.”

The essay 'A Provisional Theory of the Syn-Site' (2017) takes the editable form of tabbed content in a simple three-ring binder. It consists of three main tabbed sections ('SITE', '—', and 'SYN', as well as an Introduction and Conclusion) and is interspersed with narrative commentary in the form of smaller fictional 'memos' from Flato to Smithson, whose concept of the 'Non-Site' serves as a springboard for the essay. It was submitted as a Masters dissertation at the Royal College of Art in 2017, receiving distinction.

As an ongoing project, a distilled and evolving definition of the syn-site is open to edits and updates online at syn-site.com. 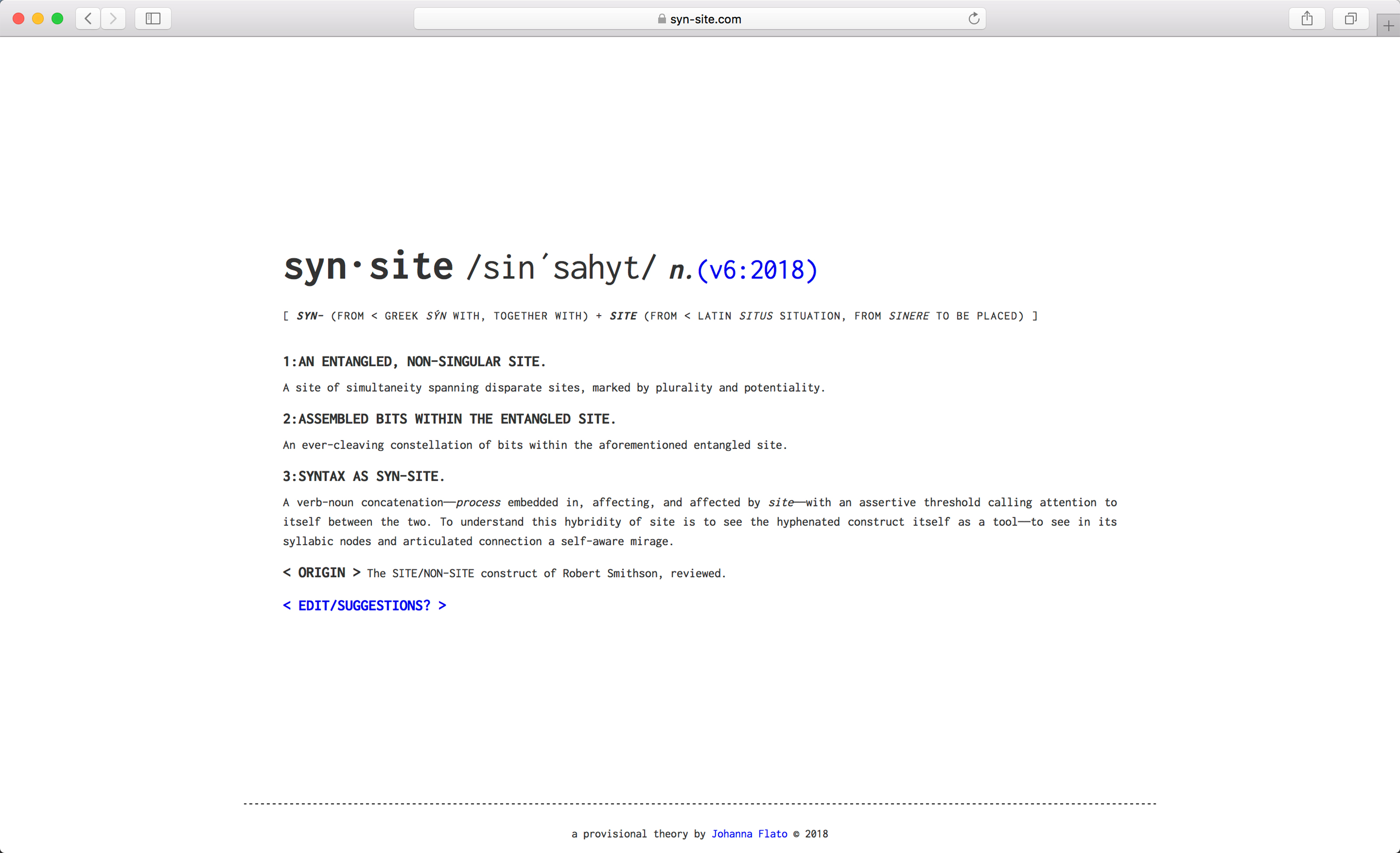